This is a gorgeous piece and I've been on with it on an off for a few months. It's been so long in fact that they were started with normal paints and had some final effects added with contrast paints which were released in the meantime. 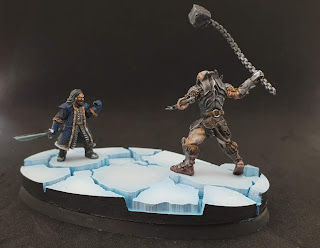 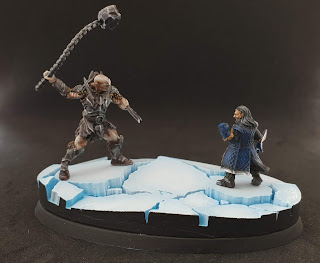 The base was airbrushed and given a gloss varnish for the ice.

From a modelling point of view, the only compexity was magnetising the weapons for Azog. In the film he is armed with the stupid great block you see here. However, I dislike it intensely. So... 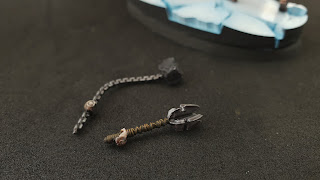 1mmx2mm rare earth magnets recessed into both sides of the wrist, allowing me to swap them out as required. 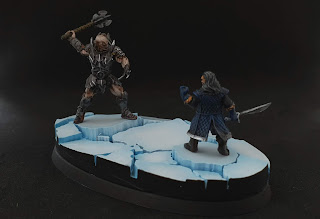 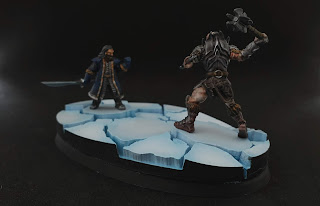 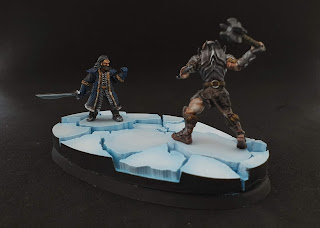 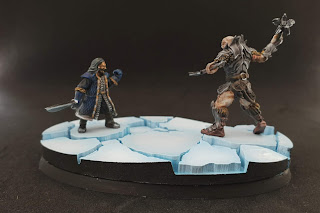 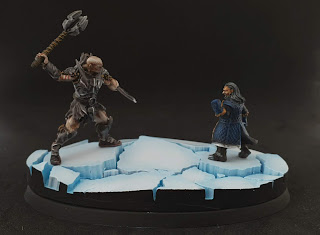 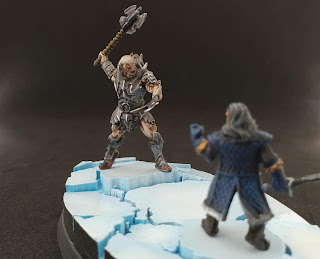 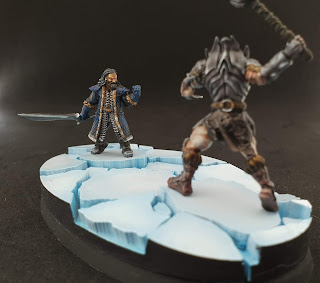 Overall, very happy with how this turned out as a display piece.

Dispatch Sent By Herbert West at the hour of 9:33 pm