Magos Trismegistus span around, breath rasping from his augmentic lungs. +++How is this possible?+++ he demanded. The officers and skitarii around his looked panicked. +++This is supposed to be a secure installation!+++

The Magos span back to try and get a handle on the constant flow of catastrophic data from all areas. For a moment he paused - one of the skitarii had been shaking. Was it... laughing? He shook his head and tried to focus on the hellscape his life had suddenly become. 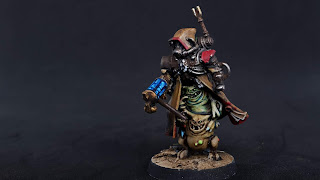 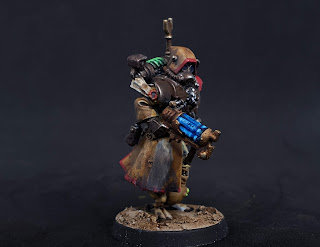 This is one of those idle thoughts prompted by having some leftover bits. What would happen if....? In this case, what would happen if some nurglings found a way to pilot a skitarii round like a suit? The answer: something magical. 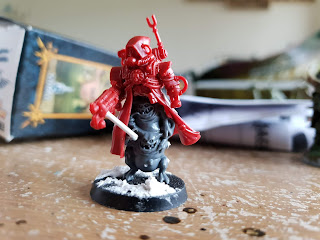 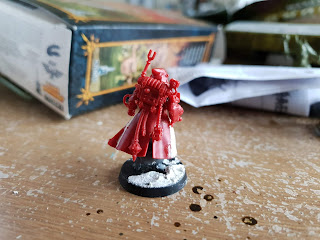 From a construction point of view, the coat had to be split open and be widened. I did this with plastic putty. I then had to trim off some the bits of the nurglings to make sure they fit - and end of a horn here, a pointy elbow there. Then a pole for them to operate the gun and we were all set. 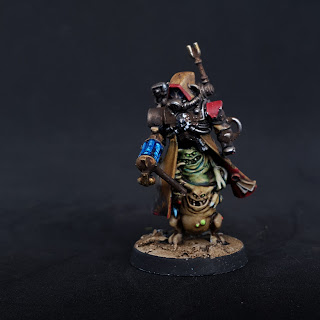 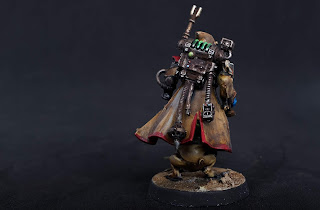 I painted them the same as my existing Skitarii to allow for maximum infiltration fun. I imagine I can play these as a poxwalker in a nurgle kill team or as a skitarii in an admech kill team just for fun. 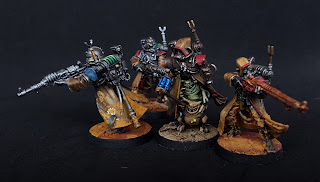 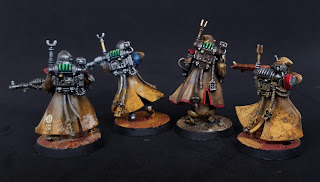 Dispatch Sent By Herbert West at the hour of 11:26 am