My Lords
I beg leave to report to you our engagements with the Enemy over the last period. Alas, I cannot report all is well. 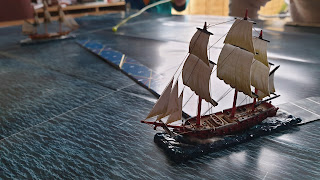 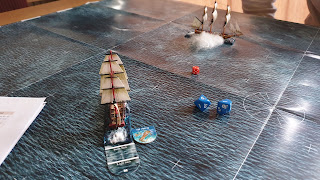 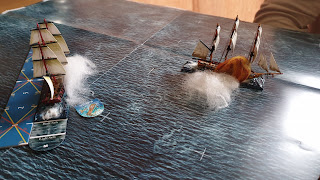 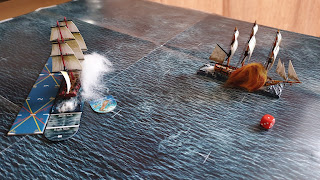 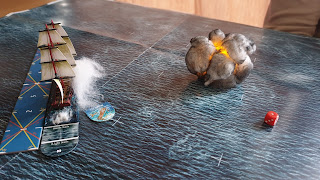 The first engagement happened off Flamborough Head when Captain Pellew of the Stallion - a nimble and fleet 32 gun  - came across a fifth rate Frenchman. We believe it to be L'Etoile out of Brest. The wind gauge was 'gainst Pellew but he tacked to bring himself about and launched a broadside against the Frenchman, damaging her rudder. Alas recovering from this brought him into the wind and his crew were unable to tack before L'Etoile came about and launched a broadside into the Stallion's stern causing a fire to break out. although the Jack Tars of Stallion fought the blaze valiantly, the flames reached the powder magazine and that gallant vessel exploded with the loss of almost all hands. 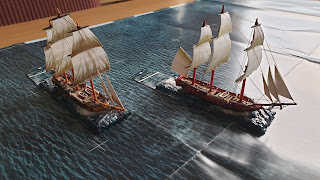 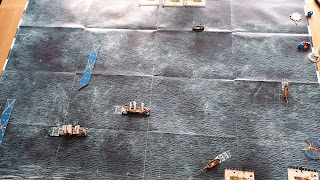 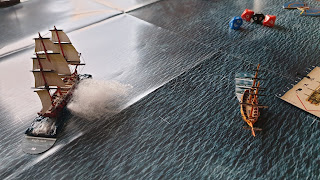 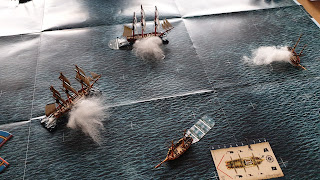 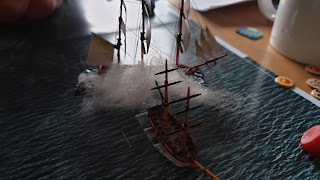 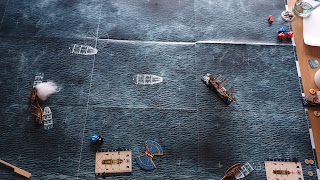 The second engagement was Captain Aubrey of the Surprise, ordered to escort Hercules, an Indiaman, bringing much needed supplies. He was set upon by privateers in three brigs. The Surprise drove forward and presented herself between the buccaneers and their prize, delivering broadside after broadside. They swarmed her and she took heavy damage but purchased enough time for the Hercules to escape their clutches.
I commend Captain Aubrey to you, my Lords, and warrant that our command shall do better in future.
I remain your humble and faithful servant,
Commodore Alfred Pennyworth.
**************
Finally got Black Seas to the table and it is enormously good fun. Rum was drunk and stories were created. Highly recommended if you're after a fun game rather than a simulation.
Dispatch Sent By Herbert West at the hour of 7:27 pm